GLP-1 Based Therapy and the Exocrine Pancreas: Accelerated Dysplasia and Cancer?

Type 2 diabetes (T2DM) is characterized by a deficit in pancreatic beta cell mass with increased beta cell apoptosis. Abnormalities of the exocrine pancreas have also been reported in T2DM, including a decreased overall pancreas size and increased pancreatitis. A promising therapy for T2DM emerged from an old observation that ingested glucose enhances insulin secretion to a greater extent than intravenously infused glucose, an observation termed the incretin effect. The hormone glucagon like peptide one (GLP-1) released from endocrine cells in the gut in response to food ingestion was identified as one of the incretin factors. GLP-1 based therapy has been marked for treatment of T2DM, either as injected GLP-1 mimetics or as orally active inhibitors of the enzyme that degrades endogenously secreted GLP-1 (Dipeptidyl peptidase 4, DPP-4). DPP-4 inhibitors and GLP-1 mimetics are effective at lowering blood glucose in T2DM. The concern as regards the unintended actions of GLP-1 based therapy on the exocrine pancreas was first noted in case reports of pancreatitis in individuals treated with the GLP-1 mimetic exenatide, and this was followed by a caution from the Federal Drug Administration (FDA) based on increased reports of pancreatitis noted in the FDA adverse event reporting system (AERS). Subsequent reports of the actions of GLP-1 on the exocrine pancreas have been controversial. Some, but not all studies, have reported an increase in pancreatic size in animal treated with GLP-1 based therapies. In one human study (of brain dead organ donors) we reported an increase in pancreas weight and pancreatic dysplasia in individuals with T2DM exposed to prior therapy with GLP-1 based therapy (7 DPP-4 inhibitors, 1 GLP-1 mimetic). Others have contested those findings. It is our view that the matter is not resolved and that additional studies are required to establish the safety of this widely prescribed class of drugs. 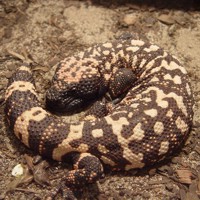 As a member of Publisher International Linking Association, PILA, iMedPub Group’s JOP follows the Creative Commons Attribution License and Scholars Open Access publishing policies. Journal of the Pancreas is the Council Contributor Member of Council of Science Editors (CSE) and following the CSE slogan Education, Ethics, and Evidence for Editors.