The article analyses the high speed train from a spatial and social-economic point of view. It articulates in two parts. In the first, it focuses upon the effects of high speed line on organization of territory, both in terms of space-time convergence, placing particular emphasis on the tunnel effect, and in terms of the location of economic activities around the stations and variation of transport demand. In the second part are proposed two cases of study: Spain and Japan, where the effects of high speed rail were very interesting. In Spain the launch in 1992 of high speed service of Lanzaderas that connects Madrid-Puertollano-Ciudad Real, has favored the increase of commuters that travel every day to go and work among the three cities and has changed the hierarchy between these towns. In fact, the high speed rail is contributing to improve the role of Ciudad Real in comparison to Puertollano and it’s promoting a process of territorial integration between Madrid, Ciudad Real and Puertollano creating a discontinuous metropolitan area. In Japan, the high speed line (Shinkansen) has produced the increase of population in the towns which are stations of high speed lines in comparison to the others in the proximities of the railway line and to national rate of growth; and the increase of rates of occupation in the trade and in industries ten years after the construction of high speed lines in comparison to the cities without a high speed station. 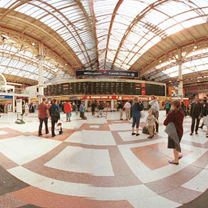 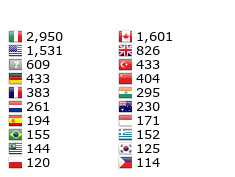