The flaneuse. The oblique gaze in the city

The streets of 19th-century Paris, defined by Walter Benjamin as the capital of modernity, are the scenario within which the figure of the flâneur appears. Thoughtful walker who mixes with the crowd of the city, without ever getting confused with it, he is the one who reads with his gaze and his slow pace, the signs that modernity leaves in the urban space and makes those signs narratable history. It is a subjective gaze, but made significant by the culture that supports it and which becomes a formidable tool for giving shape to a change that is beginning to take place in the city. The look of the flâneur, like the city he crosses, is masculine. Those same streets and public spaces, which are the privileged object of his walks and observations, are actually closed to women, still relegated, even in the ville lumiere, to domestic spaces or, at most, to those of consumption.

In this scenario, a contradictory figure appears, the flâneuse, for many a literary character only, for others only a consumer, for many a fundamental public presence capable of starting a difficult and important path of claiming female urban protagonism. Solitary walker, capable of a different look at the city, at times more intimate, at times intrinsically political, almost never a simple female double of the flâneur.

The flânuserie also declined for women is part of a path created by women to conquer the right to public space, far beyond that of consumption, and to narrate the city from their own point of view. If walking appears today even more than in the past a revolutionary gesture that subverts the times of modernity and the present time that has radicalized its constant acceleration, that of women introduces an additional element of rupture. In a fast city and still strongly declined in the masculine, the slow step of the woman is the absolute provocation. The female gaze on the city is the oblique gaze that forces us to change the perspective, which makes evident the limits made invisible by everyday life and routine and claims the right to see the other city and to tell about it. 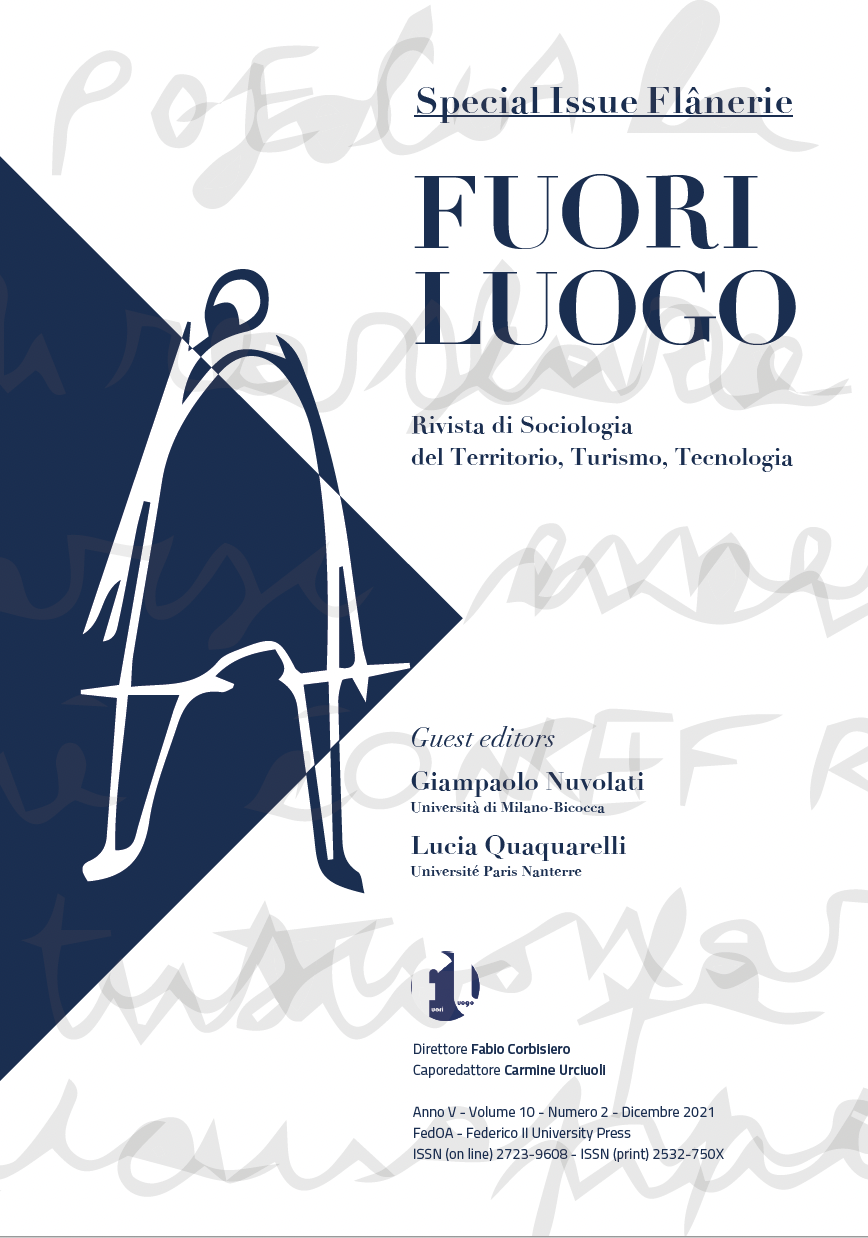