Grotta Guattari (San Felice Circeo, central Italy) is best known for the discovery of a Neanderthal skull in 1939. New investigations of an area never investigated before, the so-called Antro del Laghetto (literally Chamber of the small lake), have been recently carried out by the Soprintendenza Archeologia, Belle Arti e Paesaggio per le Province di Frosinone, Latina e Rieti. The excavation highlighted a hyena frequentation correlatable with the paleosurface investigated since 1939 within other rooms of the cave. The stratigraphic analysis made it possible to identify, below the paleosurface, at least two layers, one of which reveals a human frequentation. In addition to Homo neanderthalensis, the faunal assemblage from Antro del Laghetto consists of abundant Cervus elaphus, followed by Crocuta crocuta, Bos primigenius, Sus scrofa and Equus
ferus. Remains of at least another 20 taxa of medium and large size mammals, some of which previously unknown at Grotta Guattari, rare micromammals and birds complete the fossil record.
The preliminary taphonomic study of bone remains of bovids and cervids remains shows modifications typical of large carnivores’ activity. The epiphyseal ends have been removed by chewing, as can be deduced by the irregular and rounded fracture margins and their zig-zag pattern; somewhere the notches and grooves due to teeth contact are also preserved. Although sporadic, the occurrence of chamois, ibex and Irish elk, together with the prevalence of the red deer compared to the rare fallow deer, suggests that the fossil deposit was accumulated in colder times than the present. This reconstruction is consistent with the
available radiometric dating. The ecological features of these taxa indicate that the surrounding environment was mainly covered with woods and forests, with large open spaces and steep rocky areas. 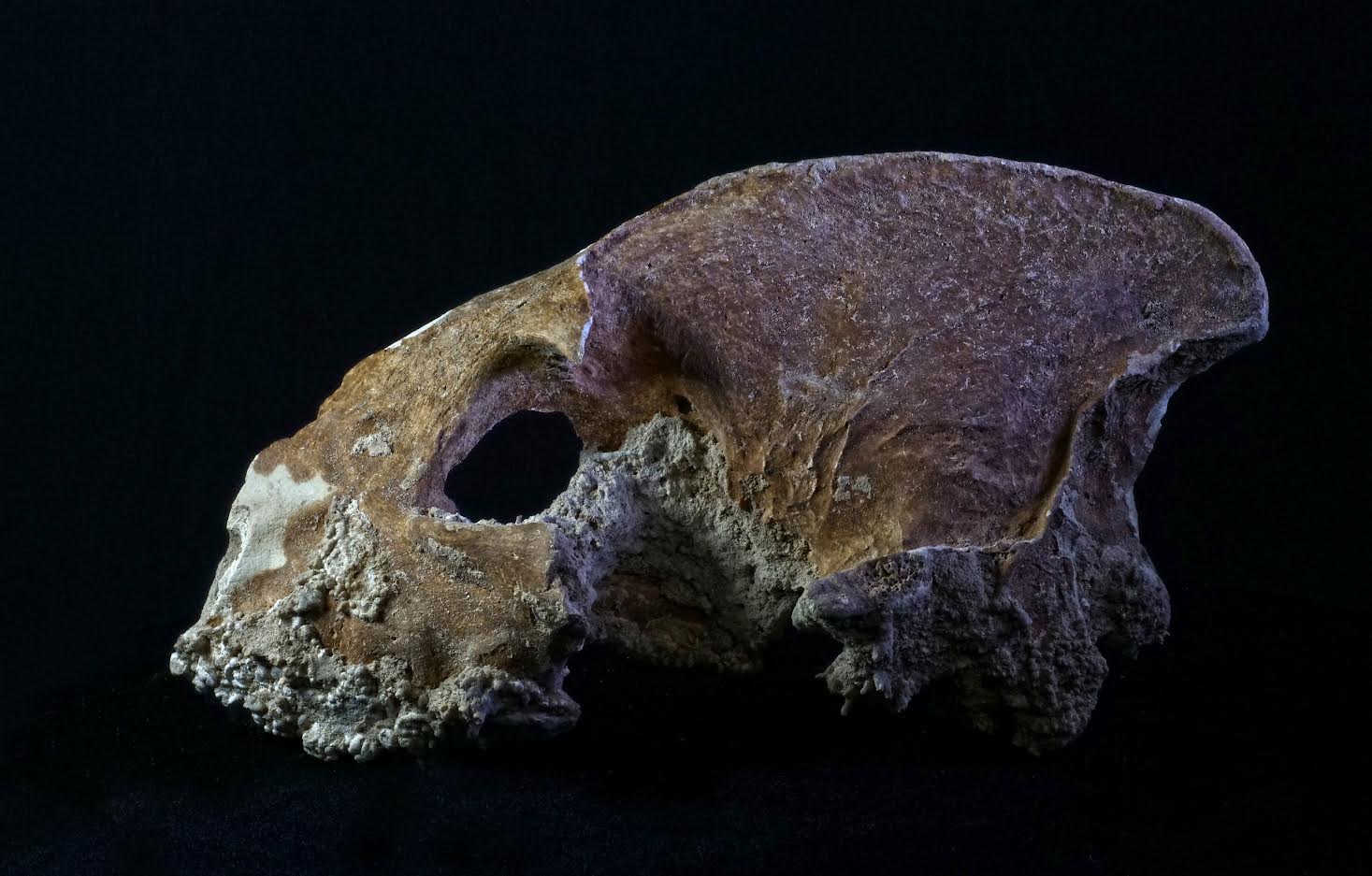