Since Classical times in Western thought Nature and Culture have been conceptualized as dualistic and belonging to separate and distinct domains of reference. Philosophers, scientists and lawyers throughout the ages have considered women’s destiny as being rooted passively in Nature, which was seen as repetitive and predictable. In a similar way they considered that sexuality and gender relations were unchangeable and based on biological elements that were immutable. Only the male could be active and creative at home in the realm of Logos.

In Gender Studies this ancient dichotomy has been radically challenged. Numerous historical and cultural contexts have been examined in which both secular and religious powers have imposed determined prohibitions and patterns of behaviour concerning the physical body of men, women and children and the way in which their physicality should be expressed or repressed.

This issue presents studies that consider the sphere of the body in its cultural and historical dimension. 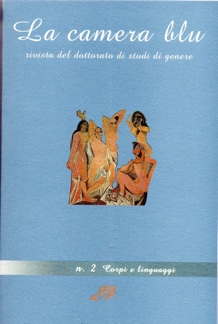