After devoting attention predominantly to motherhood, in recent times Gender Studies has begun to investigate fatherhood. Research has been carried on to explore what it was like to be father in different contexts and ages. The delay in research on fatherhood is easily explained by the circumstance that traditionally women have been represented mostly in their private sphere, while men in the public area. Often fatherhood itself has been considered as an element giving status and social prestige to the paterfamilias. In this issue we aim instead at investigating the intimate relations between fathers and their sons and daughters. This issue presents a number of studies on particular cases of paternal relations as well as essays on more general aspects of fatherhood, in a philosophical, anthropological and historical perspective. 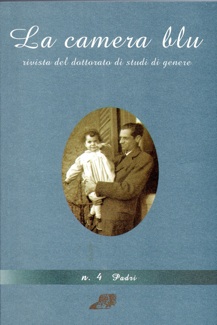