In this issue, for the “Fuori Luogo” interview, we interviewed Derrick Claude Frederic de Kerckhove, a Canadian naturalized Belgian sociologist, one of the leading experts in digital culture in the international arena. Considered the scientific heir to Marshall McLuhan - with whom he worked for over ten years as a translator, assistant and co-author - de Kerckhove directed the McLuhan Program in Culture & Technology at the University of Toronto from 1983 to 2008 and most recently was awarded the prestigious The Medium and the Light Award 2020 for his constant commitment to disseminating the thought of the Canadian master. In his long career, Derrick de Kerckhove has provided new interpretations of McLuhan's studies in light of the changes introduced by digital technologies, contributing in particular to the development of techno-psychology, a research field that investigates the connections between technology, language and the human mind. Starting from this approach, de Kerckhove studied the interactive relationships between cultural artifacts and the human body, the concepts and uses of time, space and the self, the impact of new technologies on personal and social psychology, new artistic forms born on a global scale, the processes of formation of knowledge and knowledge on the Net, the new educational and learning scenarios. In Italy, de Kerckhove was a lecturer in "Sociology of digital culture" and "Marketing and new media" at the Department of Social Sciences of the Federico II University of Naples and currently teaches "Anthropology of Communication" at the Milan Polytechnic. Since 2009 he has been scientific director of Media Duemila magazine and of the TuttiMedia Observatory. Among his works translated into Italian are worth mentioning Brainframes: mente, tecnologia, mercato (1993), La civilizzazione video-cristiana (1995), La pelle della cultura: un’indagine sulla nuova realtà elettronica (1996), Intelligenza connettiva (1997), L’architettura dell’intelligenza (2001), Il sapere digitale (con A. Buffardi, 2011); Psicotecnologie connettive (2014), La rete ci renderà stupidi? (2016), Oltre Orwell. Il gemello digitale (con M.P. Rossignaud, 2020). 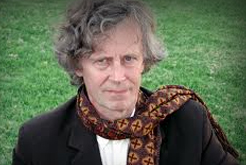