Living with the Pathogen: representations, aspirations and practices of Care in value’s reorganization of post-disaster Salento

Almost ten years after the detection of the Xylella bacterium in southern Apulia (Saponari, 2013), the landscape now appears almost entirely desiccated, missing an organic vision of the future. The systematic estrangement between the different actors of knowledge and the substantial administrative immobilism has produced today a political, economic and environmental starvation. Our aim is to provide an adequate reading of the stalemate in the descriptive grids proper to the sociological analysis of socio-environmental (De Marchi, 2004) and botanical conflicts (Sheikh and Gray, 2018)  which opens up to the social action ofthe other-than-human world (Puig de la Bellacasa, 2017b; Pyyhtinen, 2016).

The material of a double field research - an ethnographic one underway since 2018; and a more recent qualitative sociological research, highlights the role of olive growers, as well as non-profit associations active in reforestation actions, and supports the hypothesis of at least two different interpretive paths.

The representations of the crisis adopted by social groups in the infected area, are investigated starting from the definition of conflict issues on the landscape and the economy in terms of aspirational capacity (Appadurai, 2004; De Leonardis, 2012) of local communities, such as to manifest a rupture of identity constructions and social cohesion following an extreme event. Thus, if the ecological disaster succeeded on the one hand in undermining the vulnerability of social groups and their ability to renegotiate their understanding of the disaster and their relationship with non-human actors, the ethnographic research conducted also shows another side. Numerous social entities have allowed a regenerative dimension to emerge from the disaster, characterized by a critical reinterpretation of past agricultural practices and the ability to question conventional boundaries between nature and culture. The challenge of communities not only to build, but to imagine a new landscape, has given rise in Capo Leuca and few but widespread areas of Salento to experimental practices of agro-forestry regeneration of the highest social relevance (Papadopoulos 2018), which also interrogate through the commons the economic and political agendas of trade associations and the region on the one hand, and speculators on the other. 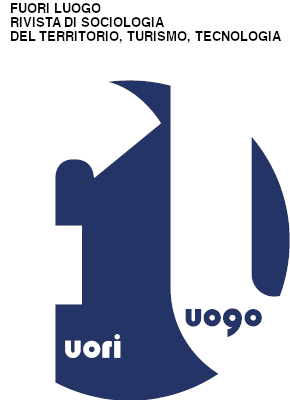