The Rhetoric of Development in Rural Areas: the Branding Places Processes in the Earthquake-affected Central Apennines.

The contribution we are putting forward aims to analyze the storytelling and territorial branding processes of the rural areas affected by the central Apennine earthquakes (2017-2017).

The work is part of an extensive ethnography that sees the authors engaged in action-research that began during the emergency and still is ongoing. The methodological positioning question is not secondary in a research that claims to be part of the accelerationist paradigm of disaster studies:the place branding processes will, in fact, be analyzed from a socio-historical perspective to focus on the current frictions and accelerations experienced during the intense post-earthquake period.

During the emergency, governmental devices dosed resources and processes causing strong accelerations in some areas, extended dilations of the suspended time in others. In these temporal instances places have been abandoned or intensely stressed, they have been re-designed and re-signified, affected by flows or excluded from them.The territories, emptied of the resident population, have witnessed planning accelerations, with the consequent need to build discursive bases and requests for participation, and, at the same time, inverse processes where participation was opposed and the context’s significations were invisiblised because of their criticality.

On this orography of smooth and striped levels (Deleuze and Guattari) the relevant economic stakeholders and institutional governance actors have implemented extractive strategies and practices for the local development of the earthquake-stricken areas. The latter, while revealing themselves to be heterogeneous, seem to have in common a liberalist intervention perspective. In fact, on the one hand they have deepened dynamics of classic pre-capitalist extractivism (exploitation of natural resources, infrastructures, etc.), on the other hand they have worked to consolidate and spread in the Central Appennines’ territories those economic devices linked to representation and based on the economy of enrichment (Boltansky Esquerre).

This second aspect, on which the article’s analysis focuses through the data collected with inteviews, textual analysis, focus-group and other qualitative tools, is the element which we consider innovative and that, starting from the case-study, questions the more general trends in rural areas’ development governance.What occurs inside the seismic crater, in fact, is a more dynamic version of a mechanism operating also in other marginalized areas of the country, such as those affected by the SNAI. There, too, development models based on outdoors and experience - and the related branding and tourism processes - seems to gain a growing centrality on which stakeholders and public institutions converge taking them as a sort of positive axiology, an absolute value capable of guiding development models.

Yet, these processes of instrumental use of the territory question the foundation of anthropic coexistence in semi-natural environments, especially in fragile territories.

From the macro aspects, such as flows’ sustainability in marginal context, to the epistemological ones, like the foundations of anthropic compromise in the high lands based on the osmotic relationship with natural resources, these branding phenomena questions, on several levels - from the organizational up to the ideological one - the relationship between subjects, territories and development paradigms in fragile context. 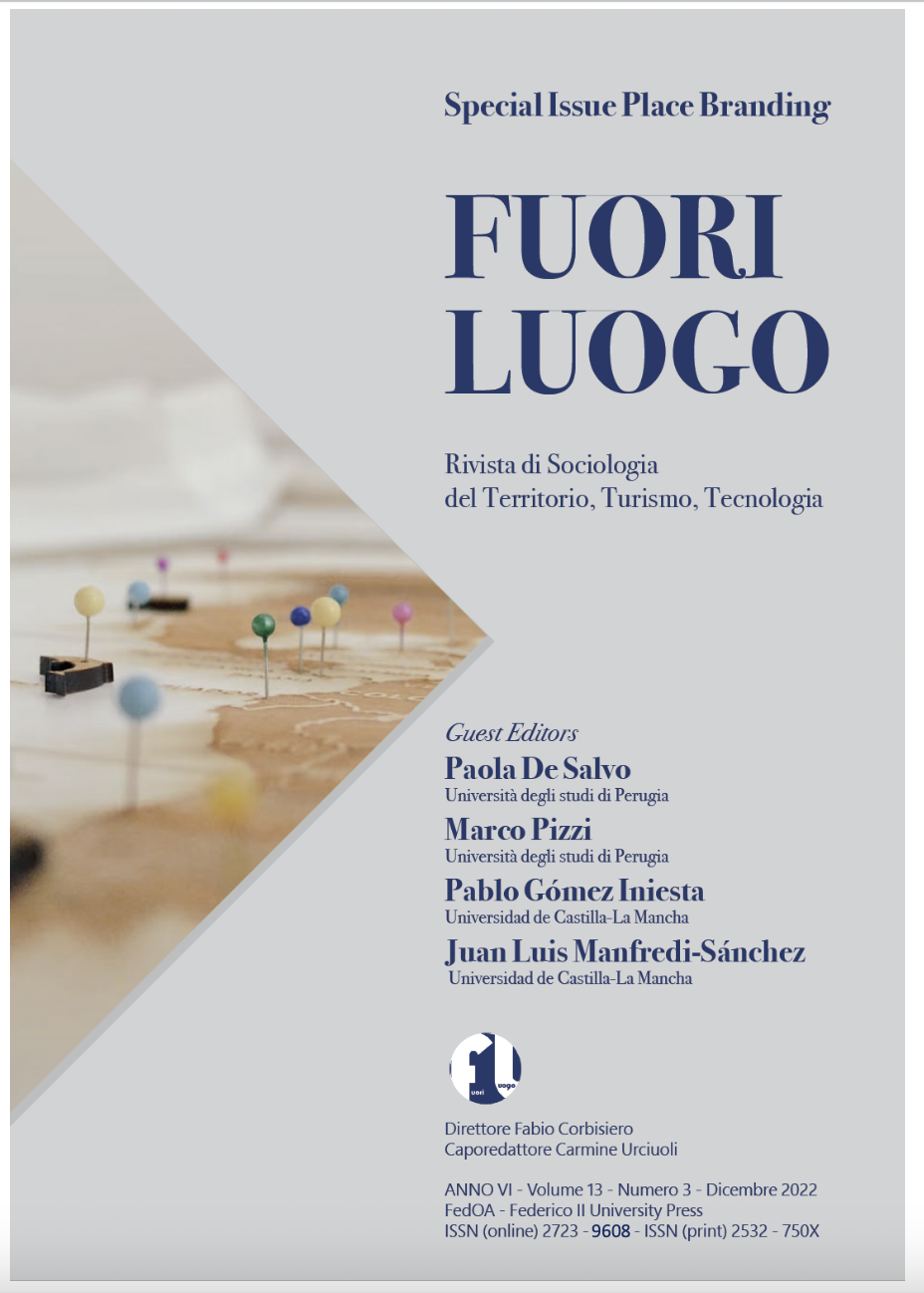